Why Do Boaters Wave At Each Other?

Do you get waved at by other boaters when you’re on the water? If you’ve noticed other boat owners waving at you and being extra-friendly while boating, welcome to the club. You’re now a part of a lifestyle that most landlubbers will never understand. The boater wave is a time-honored courtesy that will hopefully be around for generations to come. 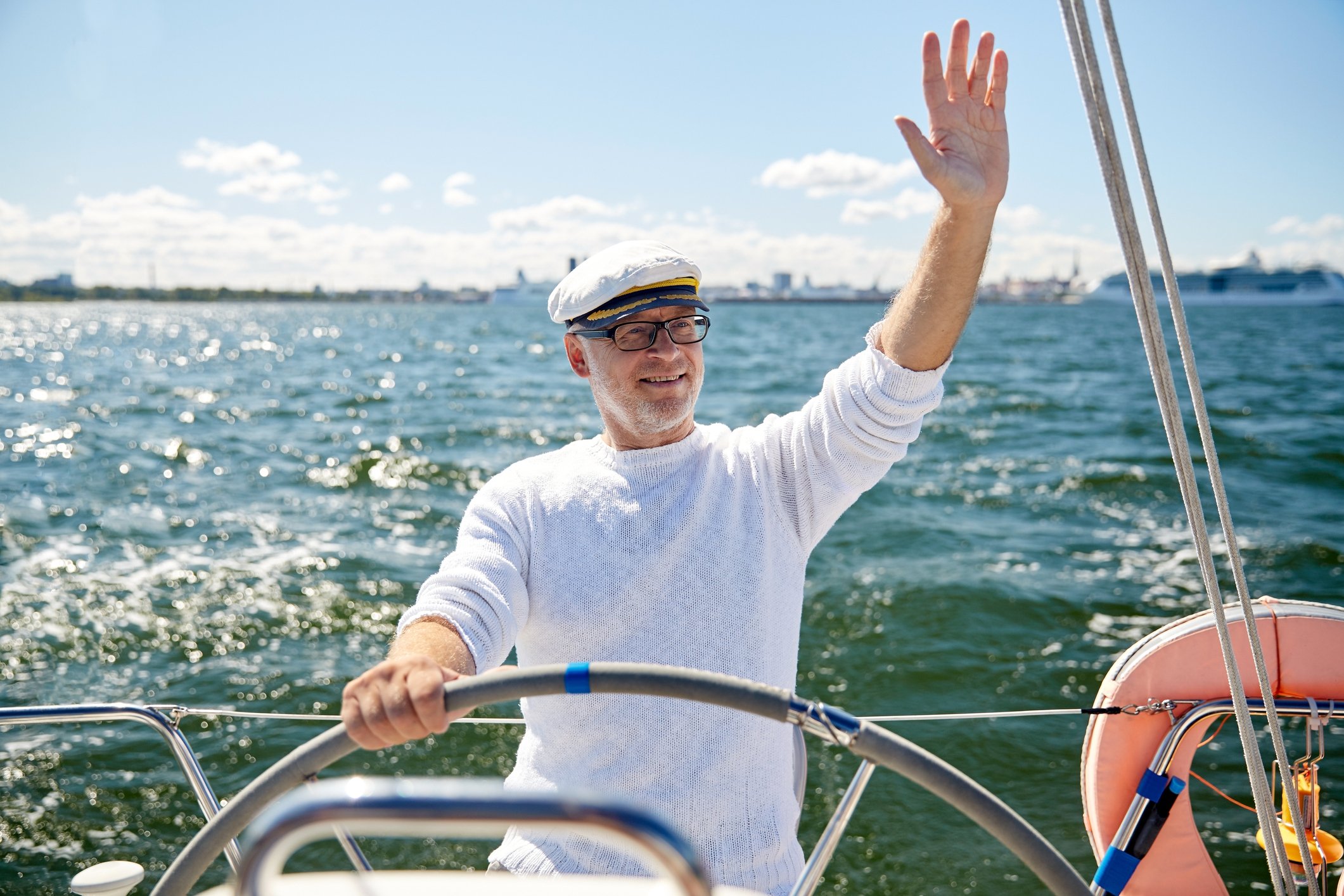 History of the Boater Wave

Boat owners have been giving each other “the wave” for many years. They are joined by the common bond of shared experience and dedication to the lifestyle. Mind you, this bond is made up of an estimated 12 million registered boaters as of 2018. Unfortunately, the exact origins of the wave itself are unknown. One thing is for sure though, it’s here to stay.

How Does The Boater Wave Work?

The boater wave is more than just a simple “hello” with your hand. There are rules and responsibilities when it comes to the wave, and most boat owners take it seriously.

Think your fancy new yacht excludes you from having to wave back to an older pontoon? Think again! Whether you have a pontoon, ski boat, center console, or yacht doesn’t matter. Remember, this is a lifestyle, not a beauty pageant. No matter the year or manufacturer of your boat, if someone waves at you on the water you wave back.

If you’re a passenger on a boat you’re also expected to wave back whenever waved to. You’ll have plenty of time to relax while being escorted around on the water so take a moment to enjoy this boating tradition. You don’t even have to put your beer down.

Holding an infant? Elliot Foster owner of a 1999 Sea Ray 450 on Keuka Lake offers up a solution for that: “If you are holding an infant, then I expect you to take the infant's hand and move it around in such a way as to simulate the baby's waving to the people we pass.”

The boater wave should also be a proactive not reactive gesture. The best way to keep the boater wave alive is to strive to be the one who initiates the wave. There are plenty of other common courtesies falling out of fashion. Don’t make this another one.

How Do You Do The Wave?

You don’t need to wave like Forrest Gump when he sees Lieutenant Dan on the dock. That’s just excessive. It also wrecked Jenny, his shrimp boat.

Think of a motorcycle or Jeep owner wave. Nothing extreme, but enough to where someone can tell you acknowledged them. Even a “cheers” with your cold beverage could suffice.

Do All Boat Owners Wave?

In 2013, BoatUS conducted a survey that showed 99.4% of boat owners do wave to other boats. It is a nice, simple gesture. Additionally, waving to the other boaters can mean more than just a simple acknowledgment. Consider it more like a code among boaters: “We’re in this together. I see you and I got you.”

Knowing that someone acknowledged your presence can mean peace of mind in the unfortunate instance that something happens while out on the water. Yes, the Coast Guard is quick, but probably not as quick as the boater that saw you.

So, the next time you are out on the water and a fellow boater shoots you a wave, be courteous and wave back. Don’t be salty, or as we like to call it, don’t be a boathole. Otherwise, someone like Elliot may just throw you overboard. As we said before, we are all in this together. The type of boat or who does the waving shouldn’t matter. Life is too good on the water to be a boathole. 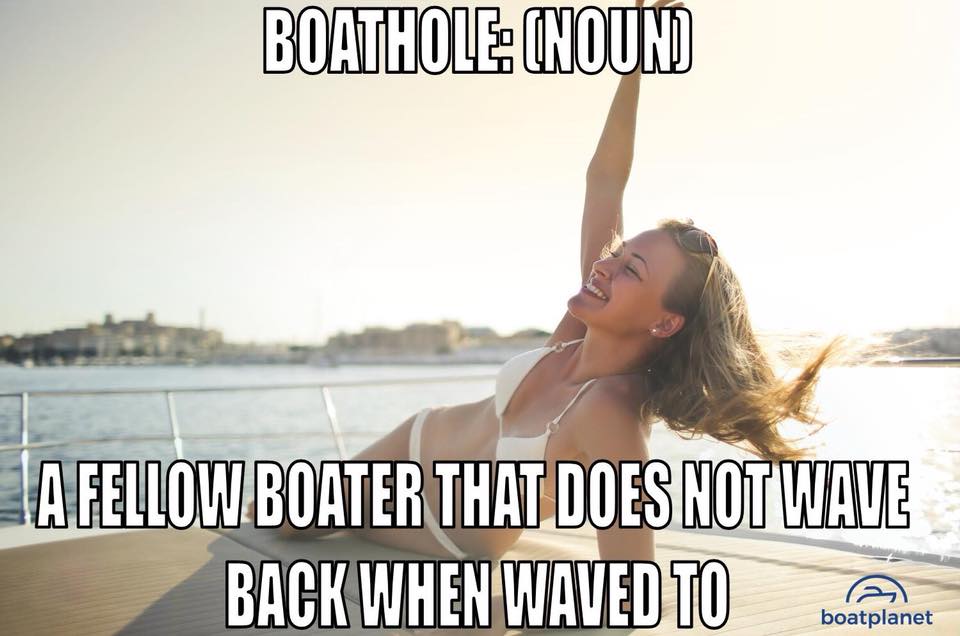