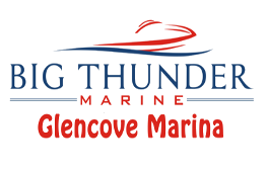 Big Thunder Marine is the largest boating hub at Lake of the Ozarks. With 3 locations on the water and a 4th on land, we're your one-stop shop at the lake no matter what kind of boat you have or are looking for. Big Thunder at Glencove Marina is located at the 3MM in Lake Ozark. This full service marina offers extensive boat services as well as indoor and outdoor boat storage, slip rentals, and a full service gas dock with sea store. Some of the performance boat brands in our portfolio include Fountain, Baja, Donzi, and Blackfin. We also carry the Monterey line if you're interested in a sport boat or cruiser. For the pontoon and tritoon boaters, we carry South Bay, Manitou, JC Tritoons, and Crest. You could call us the Tritoon Super Store since we carry and most brands and have the largest selection at the lake. Whatever your boating needs are, Big Thunder partners with the top brands and we have the most knowledgeable staff at Lake of the Ozarks.

View Projects From All Pros
Big Thunder at Glencove Marina

I was new to boating and thought I had done my research. I had another company I will not say who ( I will say they are very well known around the lake) I had them select as my service marina. The first year I scheduled them to winterize the first of October I called every few weeks expecting a bill only to find out they hadn't winterized yet. Finally in mid to late November we got snow and a good cold snap. I called to ask about it and their response was they weren't worried about it. This was on a Thursday and I cancelled their service called Jolene at Big Thunder. She had a service tech on it that Saturday morning in the snow. Since then I have used BT for extensive work from gimbal rings to new waste lines and holding tank. Jolene and Gary have been great to deal with as well as any time I spoke with anyone else. Highly recommend them!