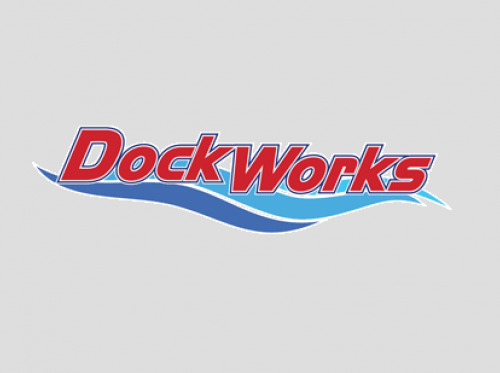 DockWorks is a full-service dock company servicing the Lake of the Ozarks. With over 30 years of combined experience in dock design and construction, we can build the dock of your dreams. We offer new construction, dock modifications, slip additions and dock repair. We also have options like hip roofs, flat roof sundecks, tiki bars, swim stairs, oversized ramps for golf carts and other dock accessories. When you order a new dock from DockWorks you are getting the very best. We produce docks to stringent specifications and have all the metal galvanized after fabrication.

Our docks are produced using welded sections built by our fabrication team. These sections are built specific to prints that are designed for your dock. The sections are bolted together to provide superior strength, as well as the ability to modify at a later time. We use concrete decking manufactured by Osage PreCast and others if specified. Each new dock is customized to fit the needs and desires of the homeowner as well as the best fit for their waterfront area.

We can take care of the permitting process and can arrange boat lift installations for you so you can devote your time where you need it most.

DockWorks is an Ameren Missouri approved dock builder and is a proud member of the Lake of the Ozarks Marine Dealers Association.

View Projects From All Pros
DockWorks

Large 4 Slip Boat Dock at Lake of the Ozarks

Lake of the Ozarks Boat Docks

Best Dock Company at Lake of the Ozarks

Ordered a dock in April was told it would be here by end of September, then told it would be delayed until end of October, I was cool with that. Then the dock was ready to be delivered October 27th, they passed our house and we’re ready to hook the dock up to the wrong house, then they had the wrong ramp because they surveyed our neighbors dock for the ramp measurements. DockWorks had to make us a new ramp, we were told we were on the schedule for Wednesday, November 17 , but it might be Thursday November 18, after several call on the 18th, being told “they would be here” and “they were on their way” and “ they’re not there” STILL NO RAMP!! Hopefully tomorrow we will get our ramp installed. What we have of a dock is nice but customer service is not so nice

I have ordered two new docks over the past year from Dockworks
They were great to work with, they took care of everything, offered competitive pricing an excellent service. I would highly recommend them.

Thank you for your review! We very much appreciate the positive feedback and hope you make many great memories on the dock!

I just got my first look at my dock from Dockworks. I had friends see it before me and tell me I was going to be happy with it. And indeed I am. Everything I was hoping for.

Thank you for your review! We very much appreciate the positive feedback and hope you make many great memories on the dock!

Had the best experience with dock works, everyone there is very smart and helpful, made the dock purchasing process very easy and stress free. Very strong dock and design. if you're looking to get a new dock this is the company to choose!

We appreciate the kind words and hope you and your family are loving the dock!

Had an issue with my dock earlier this year, cable broke, pivot pin sheared, walkway in water, called DockWorks and Stacie was there in less than 1 1/2 hours. Stabilized my dock so no further damage could occur and then followed up with a quality repair job. You can depend on DockWorks!

Thank you for your kind words and encouragement. We are proud of our boat crews and the service they provide. Please let us know if we can assist you in the future with any other projects on the dock.