Should You Change Your Boat Oil In The Spring or Fall?

Why do some boaters change their oil in the fall and some in the spring? Is spring better, so you start off the season with fresh oil? Or is fall better, so you do not have dirty oil sitting in the engine for six or more months? 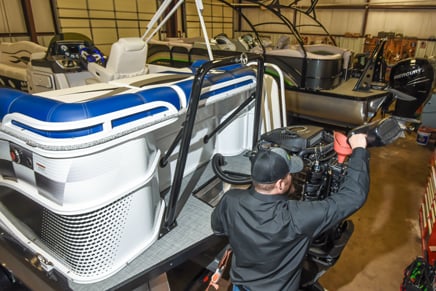 Whether you have an inboard or outboard, the overwhelming consensus is fall is better for changing the oil in your boat.  We are going delve into the how and why, some associated things you need to do in the spring, and other essential oil facts you need to know.

Why Fall?
Whether your boat has 200 or 1,000 hours on it, an oil change is an essential part of the winterizing process. Modern oils do not “wear out” like their predecessors did, but they do accumulate dirt, combustion residue, and acid. Leaving any of these things to settle on your engine’s moving parts over the winter is a bad idea.

Fall is not just personal opinion, almost every owner’s manual recommends changing the oil at the end of the season to lubricate and coat the engine with fresh oil that contains rust inhibitors, which will help extend the life of the engine. While the oil filter works hard all season, changing the oil is the only way to remove the acids that can cause corrosion and other damage to engine surfaces. A fall oil change also removes any water before it can separate from the oil, freeze, and/or cause corrosion.

To do the job correctly, run the engine long enough to get it warm, which loosens the contaminants and distributes them throughout the oil. Always put in a new filter, and do not forget a new gasket. 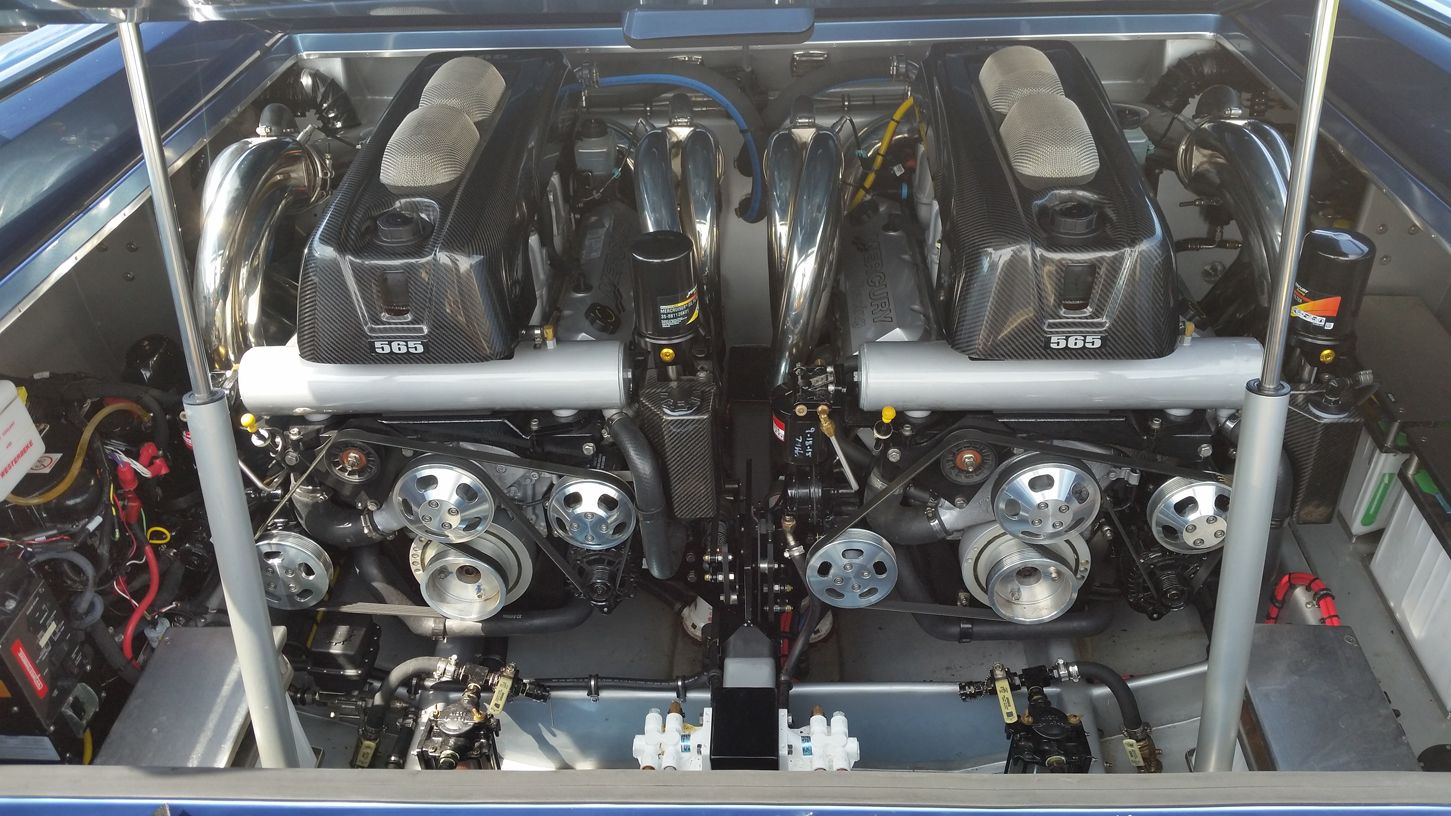 Your dealer will probably assure you that an OEM oil must be used to ensure your warranty, but the truth is that any brand of oil meeting the specifications in the owner’s manual is sufficient. Some non-OEM oils test superior to OEM oils, but some barely meet the standards, so do your homework to save money and ensure good performance and protection.

So that means oil is oil, right? Not so much. While many boat forums are full of posts by folks who swear by automotive oil in their boat’s engines, and many are enamored of full-synthetic automobile engine oils like Mobil 1, which is great in a car, the reality is that oils are blended with specific additive packages (“add packs”) for specific applications.

As an example, outboard oils are engineered for the vertical orientation of the engine and driveshaft, versus the horizontal layout and lubrication needs of an automobile power plant. Assuming you know better than the guys who designed the engine will not seem so smart when your engine seizes up or suffers premature wear.

The safest bet is to use an oil that meets the specifications as stated by the engine manufacturer in the owner’s manual, like FC-W oils for four-cycle outboards or TC-W3 oils for two-stroke outboards.

While you are at it, do not forget to change the oil in the generator if you have one aboard.

Why is Oil so Important?
Oil lubricates moving parts in a motor. If the oil fails to lubricate the engine properly, there is metal-to-metal rubbing. This can lead to the engine breaking down and eventually the need for a new block or cylinders or crank.

The second job of oil is to remove engine heat as it flows through the system. Dirty, thin oil allows for a heat buildup that leads to sludge. This sludge then blocks the lines, resulting in lessened oil flow, increased engine heat, and ineffective lubrication.

If the oil temperature gets hot enough and the boat keeps running, the engine will freeze up and the parts melt together. That is why it is important to change the oil regularly. This could be once a year for a boat not run often, or every 75 to 100 hours for one that is. Some boat owners change the oil every 50 hours, especially if they have a diesel.

Oil thins as it is heated and thickens when cooled. Viscosity is the resistance to flow of a particular oil; while a reduction in this resistance is called viscosity breakdown. Simply put, the thicker the oil, the more it adheres to the metal parts. At the same time, there must be a balance so that the oil flows smoothly when the engine is running. Oil that is too thick will make an engine hard to start because the crankshaft is swimming in oil. This also reduces fuel economy.

Synthetic oil costs more, but it also lasts longer. It was originally developed for high-performance jet engines that demand extended life and has better heat and wear protection. Synthetic oil was specifically created for engine lubrication versus the fact that decaying dinosaurs simply happened to work for the purpose. This forethought results in a product with greater resistance to heat and longer lasting viscosity, which means less frequent required oil changes.

Which type of oil to use, regular or synthetic, and what viscosity you need is a question for the engine manufacturer.

What About Spring?
If you forget to change the oil in the fall, do not lose too much sleep as 1) what’s done is done and 2) most mechanics agree one season probably will not do too much damage to your boat’s engine.

The one changeable engine part that many boaters do save for spring is the spark plugs. The thought is: Why have new spark plugs sitting in an unused engine all winter? Whether you put them in the fall or spring, buy them in the fall so you save an additional trip to the marine store.

Oil is an engine’s lifeblood and it is always better to err on the side of caution, which in this case means changing it more often than less. At the very least, change it every fall immediately before layup.

Do you have any oil change secrets or tips? Share with us and help everyone keep their motors running smoothly.